Sculpture Saturday is hosted by Mind Over Memory

As my sculpture of Dionysus uploaded a couple of few weeks ago only showed part of the work I thought I’d add a few more pictures to show the whole carving.  It shows some members if the family of Bacchus.

Father: Zeus (supposedly the face of Robert Stigwood who commissioned the piece).

Some of the symbols of Dionysus are also found in the sculpture. 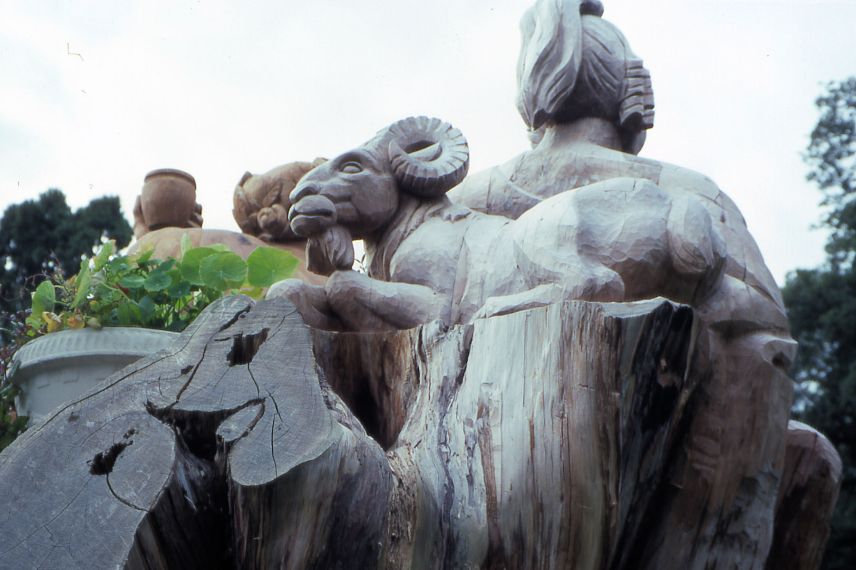