I read in the news that Theresa May, Prime Minister of Great Britain, is to travel to France to lay a wreath on the graves of two young British soldiers who were killed during World War 1.  One of them was the first man to die in that ‘war to end all wars’ and the other was the last man to die.   It reminded me that I had visited Saint-Symphorien cemetery where they are buried, a couple of years ago and I thought I would re-post my original piece but to my surprise either I hadn’t posted anything about that particular battlefield or I had somehow deleted it.

However, it is still in my mind now so I thought I would just put up a few photographs of the cemetery because it is so different from all the others in France, being in woodland, and having a more peaceful appearance.  It is also the only cemetery, I believe, in which both British and German soldiers are buried together.  My visit to Ypres last year was very different.   There massive cemeteries like Tyne Cot just filled one with a deep, deep sadness as the ranks upon ranks of white gravestones spreading across the fields could not but remind one of the carnage of that war.

First though, the gravestone of the young James Parr of the Middlesex Regiment who was the first man to die, on the 21st August 1914. 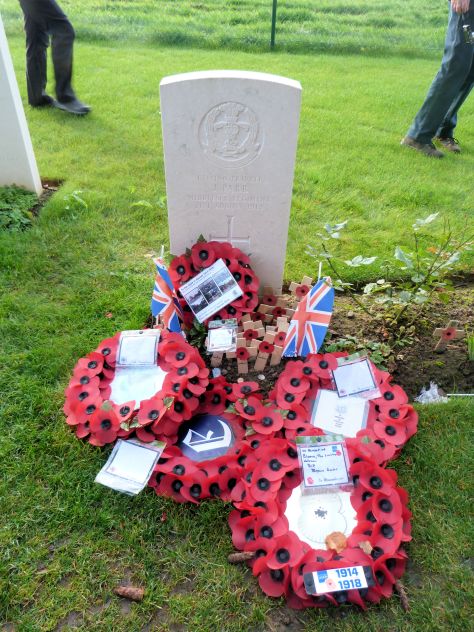 And the gravestone of Private George Edwin Ellison of the 5th Royal Irish Lancers who was killed on the outskirts of Mons at 9.30 a.m. just 90 minutes before the Armistice came into force. 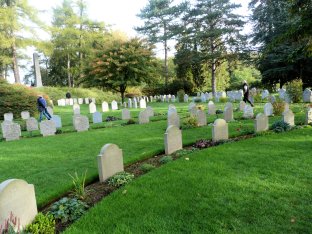 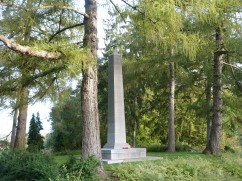 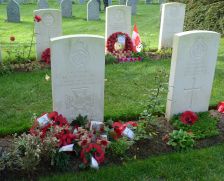 And just to finish on, not far from here is the spot where the first shot was fired in that war.

And the steely grey canal over which many battles were fought in this area.