It was the window full of beautiful dolls dressed in exquisite kimonos that stopped me in my tracks as we strolled along Sanjyo Avenue, an area with many Meiji and Taisho-era buildings in Kyoto, former Imperial capital of Japan. This is a city where traditional arts and crafts flourish, where the scent of green tea drifts from the many long-established tea shops, and where it is customary to hire a kimono in which to stroll around and even to have matching make-up applied. 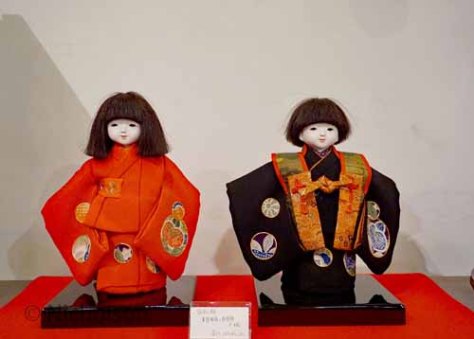 Lured into the shop, Doll Studio Tomo, by the window display, we found a veritable heaven full of dolls, each one exquisitely dressed in costumes made from antique kimonos, each with a slightly different facial expression and posture. The dolls are the product of carefully selected materials and technical skills and have the faces, forms and postures of young children, projecting the image of an ideal child.  These are not dolls for children, but ‘collectables’ for very sophisticated grown-ups. 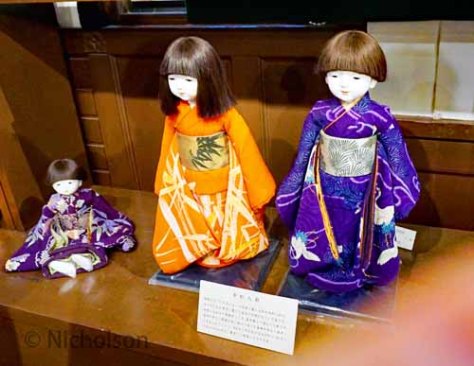 Speaking to the proprietor of Studio Tomo, a member of the family that has been making these dolls since 1983, he explained that the dolls, which measure 26cm – 64cm, are the product of the maker’s awareness of the feelings of those who will look at them and enjoy them in their everyday lives, or as we would say, someone who knows his customers. 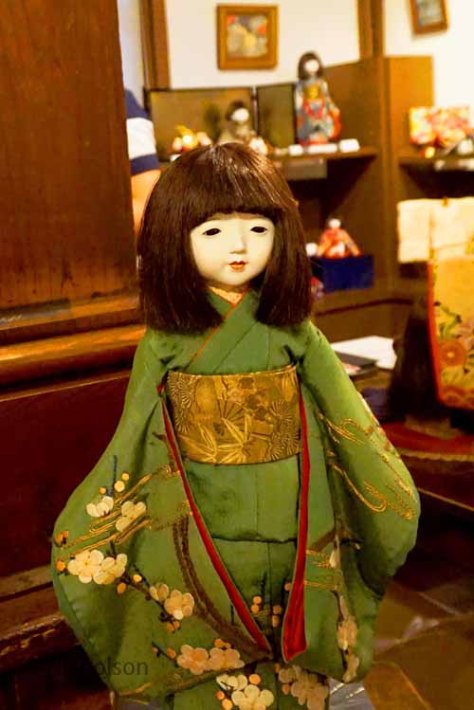 The uniquely patterned costumes of these traditional Japanese dolls are made of priceless antique kimono fabric dating from the late Edo period (1600-1867) to the early Showa era (1926-1989).  The heads and bodies are made of pulverised seashells combined with a heated natural glue, which is poured into moulds until it hardens.  After this, the moulds are removed, the parts are polished with soft cloths, and the eyes, mouth, and other features are individually incised with a chisel.

The eyes are made in the same way as artificial human eyes, then they are fixed in position to give the dolls a slightly shy, downturned glance.  The hair should sway naturally, so Tomo Studio is as careful in its selection of hair as it is in all other aspects of doll-making and the hair moves so that it evokes the image of the child doll. 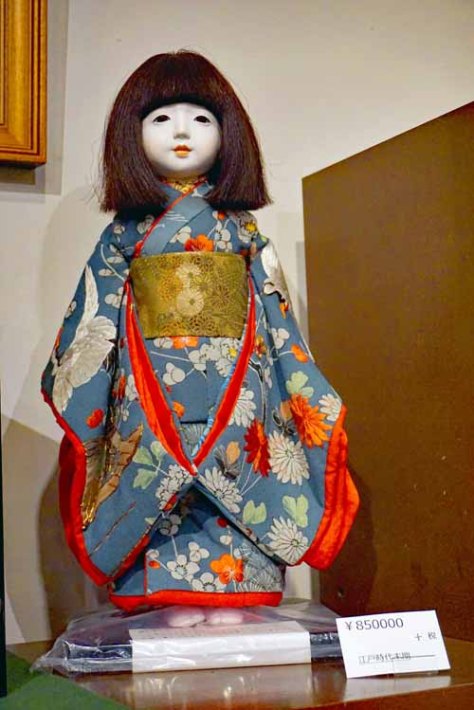 The costumes for all Tomo dolls are made from antique fabric. According to my research into the subject, Masako Morishige, who produces the dolls’ clothes, says that

“the history of these textiles goes back as far as the Momoyama period (1568-1600). Most of the dyed and woven cloth for the kimonos was made from the later Edo period to the early Showa era. The vivid reds and purples that are striking even in a dim exhibition hall cannot be produced by modern industrial methods. The patterns and design of traditional kimonos are reworked into fresh new creations. Valuable silk crepe from the Edo period and examples of Yuzen dyeing are also used”. 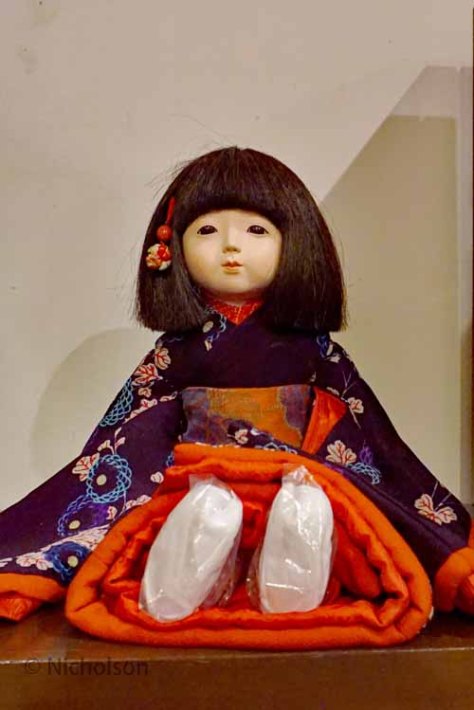 Antique kimonos sell for huge sums, and £10,000 is nothing to spend on a garment, hence the high price of the dolls.  Alongside one of the dolls photographed above, is the price of 850,000 Yen and this is fairly average. The costumes are made from the undamaged parts that can be cut without ruining the original embroidery and the patterns in the cloth, a skill that demands artistic insight and an ability to be able to see the completed figure. Nothing is wasted, tiny pieces left over are used to make accessories. 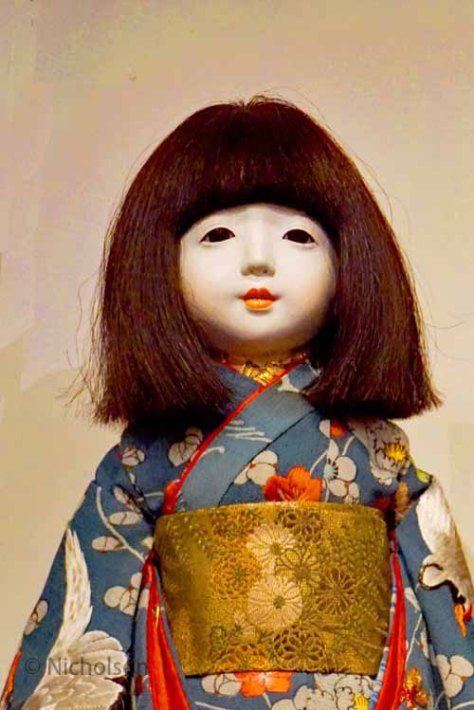 Doll Studio Tomo occasionally has exhibitions outside Japan (they were in London in 2015). Contact the Japanese National Tourism Board to enquire as to when they may be in your area. 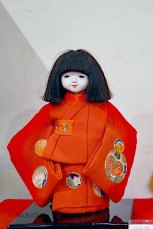 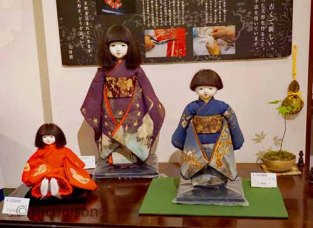