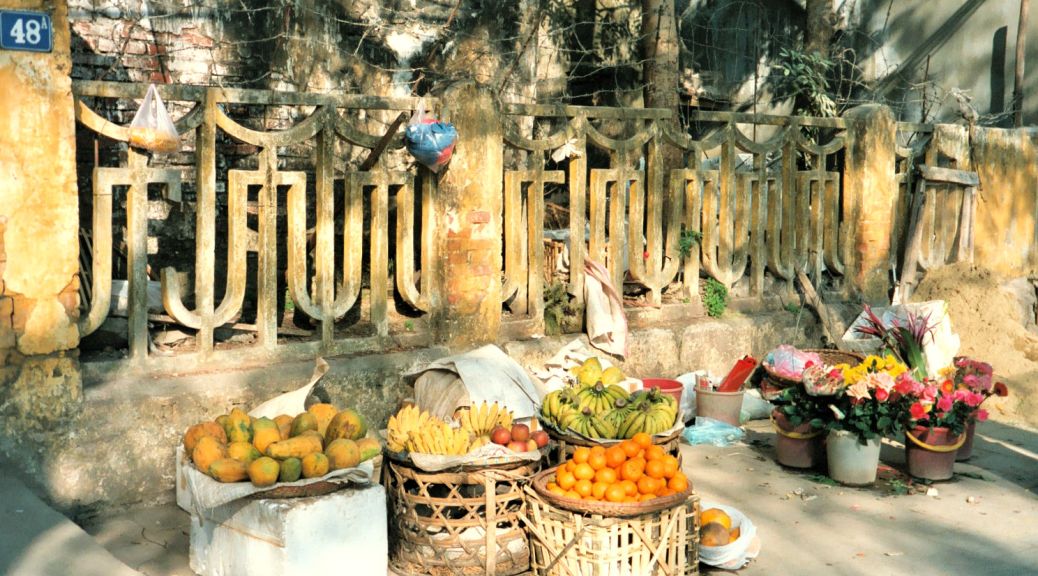 An odd one this. We came across this still-being-worked-on monument to the Vietnam War in Hanoi back in 2008. I haven’t been back since so I presume it’s now finished. I was intrigued to discover that the men working on it were not sculptors but stone-masons who were working to a plan drawn up by a ‘government artist’.

One of the workers spoke reasonable English and told me that their parents had all been involved in the ‘American War’ as they called it. They were very keen on education and one of them in particular examined the book I was carrying very thoroughly. I forget now what it was but I gave it to him and he shook my hand so much in gratitude I though it would dislodge from its socket. I still wonder at their lack of bitterness.

In 1909, Tsar Nicolas ll and Tsarina Alexandra of Russia (Princess Alix of Hesse-Darmstadt, grand-daughter of Queen Victoria) along with their five children, visited Cowes, Isle of Wight at the invitation of King Edward Vll. The occasion was Cowes Regatta, one of the longest-running and most important regattas in the world at that time. A home-movie taken during that visit and shown on UK television last year, shows two of the children, Grand Duchess Olga and Grand Duchess Tatiana who had never experienced such freedom before, enjoying a walk around the town, diving into shops and buying postcards and sweets. An interesting account is to be found here.

On 7th July, 2018 during a weekend of events that remembered the 100th Anniversary of the assassination of the family and their close servants at Yekaterinburg, a 3-metre high granite memorial with bronze decoration was unveiled to commemorate the close connection between the Imperial Romanov family and East Cowes. This magnificent monument was unveiled in the presence of their surviving descendants, Russian Orthodox bishops, the Moscow sculptor of the work Elena Bezborodova, and a choir from Minsk, Belarus.

The memorial was gifted by members of the Grand Duchess Elizabeth Romanov Society who revere the Tsar’s sister-in-law who was later made a saint. It stands in the Jubilee Recreation Ground close to Osborne House the former home of Queen Victoria and Prince Albert which the Romanov family visited on their trip to the island in 1909. The Tsar had also been a naval cadet at the then Royal Naval College Osborne House.

The 18th/19th century photos are courtesy of Wikicommons. The Photographs of the Memorial at Cowes are from David Hill, local coordinator for the event working with the Grand Duchess Elizabeth Romanov Society.

Historical Note: Tsar Nicholas II and his family were assassinated by the Bolsheviks on 17 July 1918. They were buried in unmarked graves, and in 1979 some remains were discovered but were concealed until the fall of communism. In 1991 the graves were excavated and a state funeral was organised for five family members. Remains of two other children were found in 2007 but these are undergoing additional examinations.

This post linked to https://smkelly8.com/ for Sculpture Saturday Challenge

I debated with myself whether or not to post these images as some might wish to argue that they are not sculpture. Yet they were brought into being by a sculptor whose name unfortunately, I have not been able to find (I am still searching).

So here is the Monument to the Scottish fallen in World War 1, an unusual sculpture of granite slabs slotted together like dry-stone walling which stands in a field adjacent to the British Military Cemetery on the road between St. Laurent-Blangy and Gavrelle and which was unveiled on 9 April 1922, the fifth anniversary of the battle. Located north of the village of Athies it is not far from the battlefields of Loos and Arras.

Around the field are individual stones with the names of Scottish battalions who fought here.

And a close-up of the plaque on the monument.

Silent Sunday because the people are all in church – the Samoans are great church goers and they love hymn singing.

This is a typical Samoan dwelling, open to the elements and to the curious gaze of passers-by. They like people looking in and stopping to gaze at their possessions. In some houses you will see maybe 6 or 7 mattresses piled one atop the other, a sign of wealth, but wealth does not much matter here – or it didn’t when I visited many years ago – as the villages live as real communities and help each other, sharing food and resources as needed. If a storm is approaching they cover the openings with large banana leaves and suchlike .

Once lined with crumbling warehouses Woldenberg Park (opened in 1984 for the World Fair) is now a pleasant walkway along the Mississippi offering scenic views of the river. It’s a great place for people watching as it attracts tourists and locals alike and a steady stream of street musicians. The Promenade gets its name from philanthropist Malcolm Woldenberg whose life-size bronze is one of many sculptures dotting the riverfront.

Sculpture Saturday is hosted by Mind Over Memory

This unusual pairing of bronzes is Gli Equilibristi by sculptor Leonardo Lucchi. I took the photograph with a cheap throwaway instant camera in Cesena, Emilio Romagno in Italy, two years ago but unfortunately, my notes did not survive the trip (not a good one from the point of view of losing stuff).

I stood before this amazing balancing figure with the corresponding male figure at the foot of the stairs for a long time, returning a few days later to try and get a better picture. I could never find a time when there were no bikes or cars or wheelbarrows parked in the space under the stairs and my efforts at removing them were not professional enough so I’ve left them in.

The sculptor lives and has his studio in Cesena, a town I an keen to return to as I only had a few hours there over two days and I wasn’t able to explore enough. Lucchi’s work is so energetic, his figures depict strong movement and I just have to see some more. If you’d like to see some more of his work, check out his website below:

Silent, if you ignored the scoldings of the howler monkeys from the river banks, the splash of nutrias as they slipped into the river and the background clicks of cicadas, but these noises being way outside normality for me, I took it for silence.

The Irish wood-carver John Haugh is not much known outside his own country but he has exhibited and sold many works in the USA. I was privileged to interview him many years ago and this sculpture “Dancing at the Crossroads” is one of my favourites of the many I saw in his studio in Carlingford, Co. Louth.

I especially liked the roughness of the carving which lends the work a rustic quality in keeping with the subject. This particular work dates to sometime in the late 1990’s

A quiet Sunday in The Mumbles, Wales, looking across the bay towards Swansea.