Looking through my photographs one evening last week and re-assigning some to other folders, I realised that many of them have attachments to Shakespearean locations, so I thought I’d give them an airing on Travels with my Camera today. 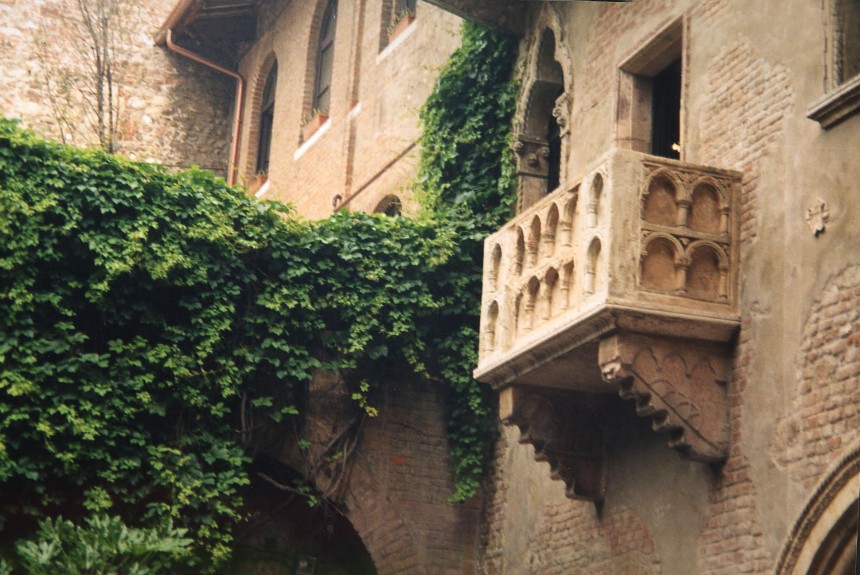 First up, one of my favourite Italian cities, Verona, a favourite because of the operas that are performed in the vast Roman amphitheatre, it’s proximity to the Dolomites, and the wonderful herb market I remember from my last visit.  Verona is actually the setting for three of the Bard’s plays but it is the Casa de Giulietta that is now a place of pilgrimage for young lovers because of Romeo and Juliet.  The walls of the building are covered with love notes all of which get a reply from a volunteer in the Juliet Club which operates from the premises.

It is a town worth seeing even if you are not interested in visiting Juliet’s house which, let’s face it, is fiction after all.  The Renaissance houses and beautiful squares make one want to linger at the sidewalk cafes where the black-aproned waiters with slicked back hair seem to have a special Veronese air about them.  The evening passagitta is still a big occasion in the city and young and old stroll around in their finest clothes, unselfconsciously partaking of ice cream as the sun goes down on the golden stones of this lovely place. 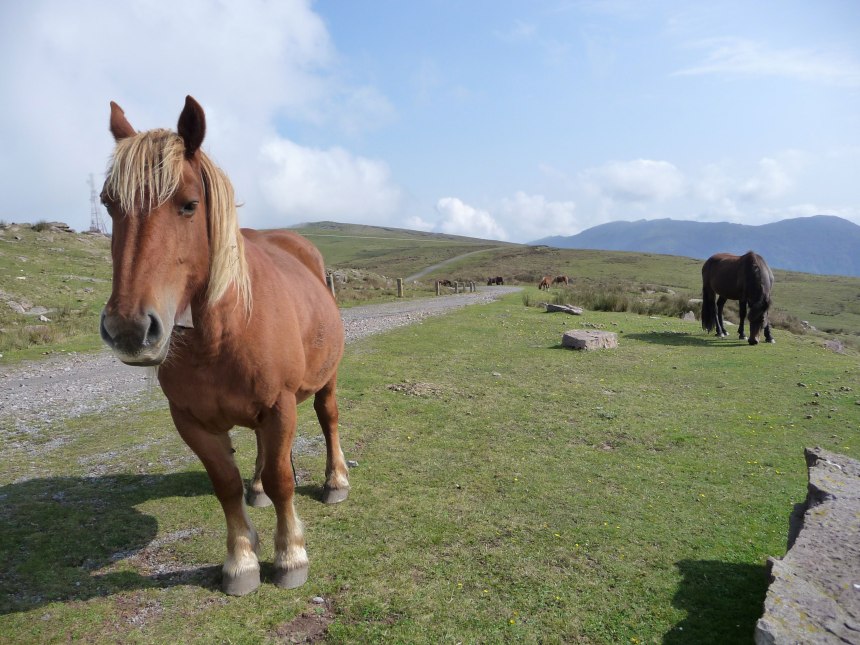 Wild Ponies on the Mountains in Navarre – Mari Nicholson

Navarre in Northern Spain is the setting for the fantastical Love’s Labour Lost, and although it is almost certain that Shakespeare had no knowledge of this area during the writing of the play, its rolling pastures and fertile valleys seem a perfect setting.  Home to the famous bull run in Pamplona during the San Fermin fiesta in July, Navarre also has a quieter side.   Famous for the Gregorian chant sung in its monasteries, its  Pyrennean cows, wild horses, National Parks, Botanic gardens, its traditions run deep.  One of these is the fast game of Pelote which you should see if you get a chance.

The autumn colours are eye-wateringly beautiful and a perfect contrast to the coastal houses which are painted either green and red or green and white.   The wines are exceptional – with a wide range of organics among them – and less well known than most other Spanish wines.   The population speaks Basque and the language is not easy to read – especially if you are driving – but Spanish is widely spoken everywhere. 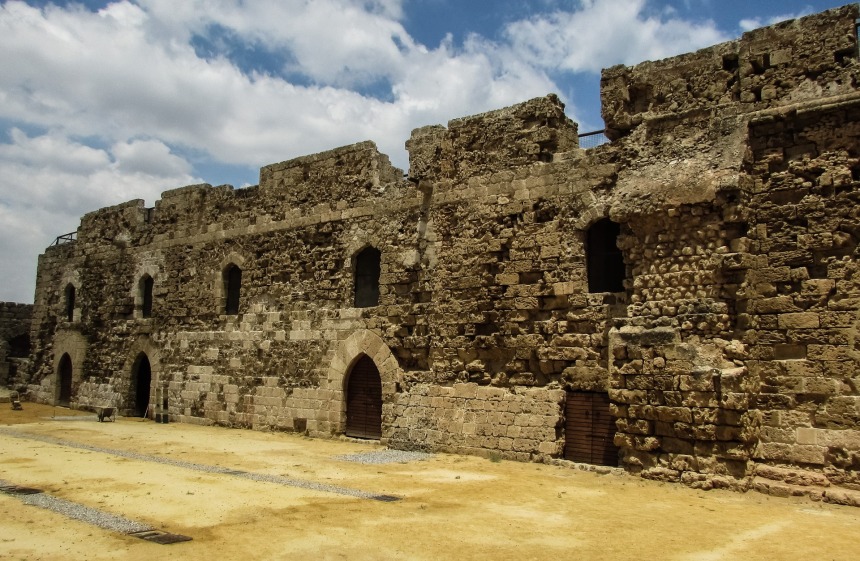 I first visited Famagusta when it was in the Greek-controlled part of the island of Cyprus and the Turks lived in the area where the castle (now named Othello’s Tower) stood.  Since the war and the division of the island, Famagusta is under Turkish control but can still be visited from all parts of the island.

The land of Aphrodite and the tourist towns of Limassol, Paphos and Larnaca are hard to reconcile with the turbulence and the tragedy of Othello. yet drive into the mountain villages, or sit awhile and look at the seas around the island, and the story seems all too plausible – especially if you have visited Venice beforehand.

It is an island that can be visited at any season, although if you want heat, summer is best: it is also the time to experience the Greek Drama festival and the many flower festivals in the villages.  It has a thriving winter season, however, a time to enjoy winter sports in the Troodos Mountains when walking and hiking take precedence over more relaxed summer activities.

I feel if Othello had indulged more in the sensual delights of the island and listened less to Iago, Desdemona’s life may have been spared.

THE COMEDY OF ERRORS – Ephesus, Turkey 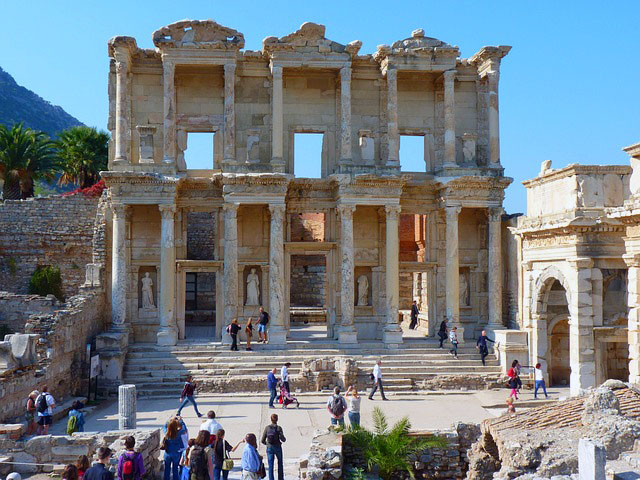 Ancient Ephesus is the setting of the Bard’s shortest play, about twin brothers separated at birth.  It is also considered the apex of the Roman-Greco Empire and visitors may wander among the ruins of the fallen state, from the Corinthian-style Temple of Hadrian to the glorious Library of Celsus, and to the brothel which had connecting underground tunnels to the rooms  Much of the city is still to be excavated, but the solitary structures that remain showcase its former capital splendour.

There is little in the nearby town but there are a lot of ruins and excavations to see, including the house where it is thought that the Virgin Mary had lived.  Izmir is about 30 km. away (about an hour’s drive) and for those who wish to combine a relaxing resort holiday with some serious sightseeing, the popular Kusadasi lies just a mere 19 km. away. Istanbul, the capital, is about 650 Km away and trips can be arranged but it needs a good 3 days to do it in comfort.Although flights are advertised they are not recommended.