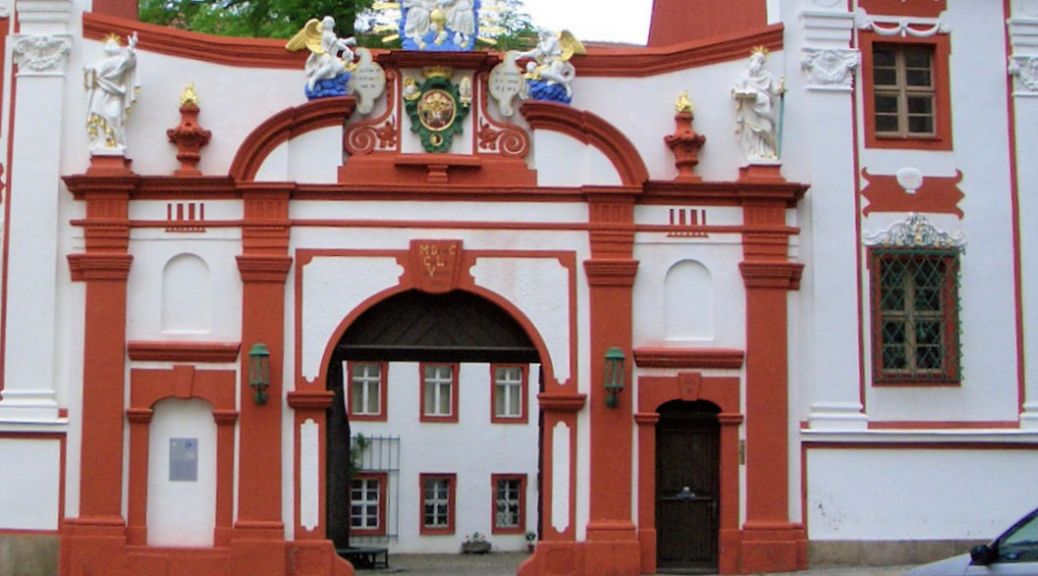 For over half a century the delights of German Saxony remained hidden from a large part of the world due to it being part of the former East Germany. Since German reunification however, this lovely state in south east Germany is once again attracting visitors drawn there by its archecture, its craftwork and its traditions.

In Saxony, culture goes hand-in-hand with nature, and one of the many pleasures awaiting the visitor is driving or cycling on roads almost free of traffic. We drove from Leipzig through Dresden and on towards the medieval towns of Görlitz and Bautzen on nearly empty roads, bordered by massive tracts of yellow rape (the size of the fields a relic of communist collectivisation), the wind turbines on the horizon like giants with flailing arms striding across the hills.

The nearly 1,000-year-old town of Gőrlitz shares a border with Poland and Czechoslovakia (Prague is a mere 160 Kl. away) its glorious architecture virtually untouched despite the wars that raged across the land. To stand on the German side of the Peace Bridge and look at the blue, yellow and pink facades of the houses across the river in Zgorzelec on the Polish side, is to feel the full weight of recent history.

Prior to World War II, Gőrlitz straddled both banks of the River Neisse but when the Allies redrew the boundaries after the war and divided Germany between the western powers and the Soviet Union, it lost its eastern suburbs. Fortunately for posterity, the Soviets did not knock down and rebuild the town in utilitarian style as they did in most of Dresden and Leipzig.

A walk through the crooked, narrow streets on the 15th century basalt cobblestones, forged from the mountain just outside the town, takes you on a fascinating journey through the past. Throughout its history, this former textile trading town has exercised political importance, initially by its position and dominance as a medieval trading post and then by its transformation into a residence for the bourgeoisie in the 19th and 20th centuries. If some parts of it look familiar to you it is because it has been used as a location for more than one popular film, the most recent being The Grand Budapest Hotel.

Its position on the trade route to important places like Frankfurt, Leipzig, and Krakow and to special privileges granted to the town, meant that all merchants passing through were obliged to offer their wares in Gőrlitz. This gave rise to some spectacular architecture in the building of houses with impressive inner yards where the textiles could be displayed. Enormous squares, the sides lined by the houses of the rich merchants who dealt in wool and furs, richly decorated house fronts, fortifications and fortified towers, buildings from the Gothic, Renaissance, Baroque, and Art Nouveau eras have made the town a 3-dimensional reference book of architectural history.

In the part-arcaded Untermarkt (Lower Market Place) is grouped one of the finest collection of Renaissance and Baroque town houses to be seen in Europe, a place of pilgrimage for architects the world over. In fact, 4,000 of Gőrlitz’s late Gothic, Renaissance, Baroque, Gründerzeit (German Industrial Revolution) and Art Nouveau buildings, are protected as National Monuments.

The older buildings blend harmoniously with the Gründerzeit and Art Nouveau quarters, the Strassbourg Arcade Department Store with its stunningly beautiful chandeliers and the Art Noveau Karstadt Department Store being prime examples.

Gorlitz has a small town charm despite its centuries of architecture and is a good place to see craftsmen work in traditional trades like jewellery making, porcelain painting and toy-making: it is also an ideal place to sample the local specialities – Landskron beer and a fruit schnapps called Görlitzer Geister.

If you are spending time in the region and want a break from the culture overload, there are many kilometres of cycle and hiking tracks along the Oder-Neisse to explore and guided tours by bicycle through the cultural regions of Upper Lusatia, Lower Silesia and Bohemia are available. Frequent stops are made in beer-gardens along the river for local delicacies washed down with the very special local beer or the equally delicious white wine of the region.

Dresden is only 100 kl. away and easily reachable by train or bus but I’m mindful of the fact that you may come to Gorlitz from Dresden, so I would suggest instead a trip to the fantastic town of Bautzen where Sorbian language and traditions still rule.

Bautzen will be the subject of my next blog.

This Image by Candid_Shots from Pixabay

All other images by Mari Nicholson

Cycling tours to Prague and Poland and along the Oder/Neisse are easily arranged by any of the cycling organizations in town.

13 thoughts on “Gorlitz: Stunning in Saxony”