Perhaps not the greatest interpretation of the challenge but I’ve lately been wanting to use one of the interesting tools in my imaging programme and thought this might be my opportunity.

This sculpture was done by marine woodcarver Norman Gaches, from a tree that was destroyed in the great storm of 1987, outside Barton Manor on the Isle of Wight, the then home of Impresario Robert Stigwood, who commissioned the work.   At that time Barton Manor was producing wine and he wanted something to represent the grape.  The result was a magnificent carving showing the family of Bacchus and these are just two of the photographs my husband took at the time.   We followed the progress of the work with the sculptor over the months it took to finish it, and then did our best to interpret the art with camera and prose. A resultant article appeared in Woodcarving magazine and was subsequently syndicated in two other magazines. 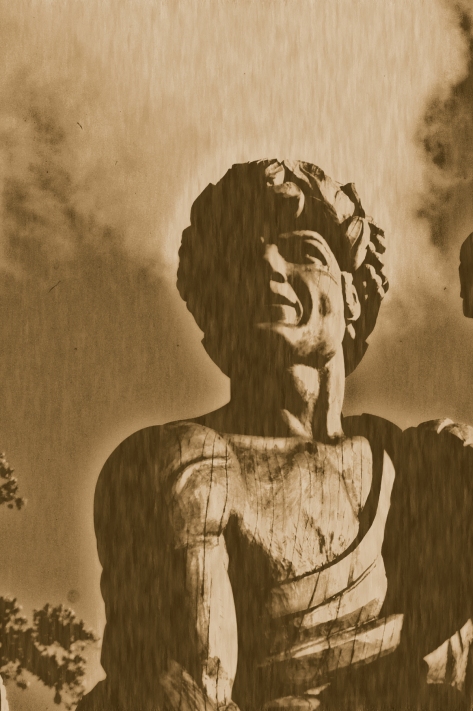 Photo of Bacchus as Lithograph

And Zeus as a pencil sketch. 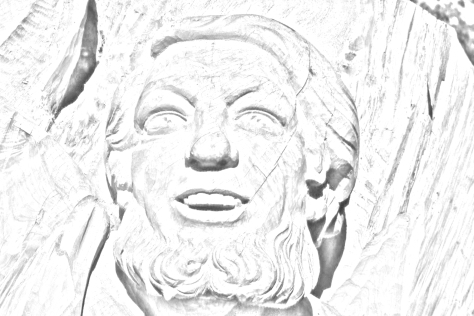