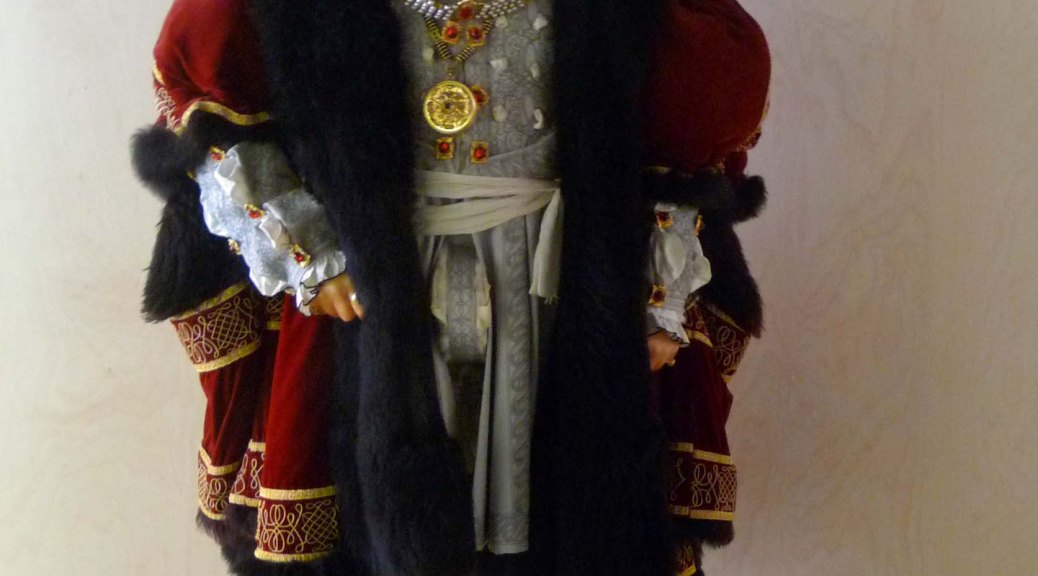 To Portsmouth Historic Dockyard on England’s south coast for the unveiling of the last stages of the restoration of Henry VIII’s favourite ship, The Mary Rose, after the Museum’s six-month closure to the public.

The date is especially significant because today, July 19th 2016, is the 471st Anniversary of the Tudor ship’s sinking off the coast of England.   Over the years since her discovery on the bottom of the seabed and her subsequent raising from this watery grave in 1982 (an event watched by 60 million people worldwide) she has attracted and thrilled people in equal measure.

During the excavation project, 27,831 dives were made, and 22,710 hours of marine Archaeological work was needed on the seabed.  The struggles and hardships endured by all who worked on this modern project is a story all by itself, but after decades of hard work and 437 years under water, the Mary Rose is now finally on view to the public in a spectacular Museum inside Portsmouth’s Historic Dockyard, home also, to Nelson’s ship The Victory.

It took 600 trees, mainly oak but some elm, to build the ship in 1510 and now one can see displayed, some of these wonderfully preserved timbers.  The Mary Rose sank on the 19th July 1545, as it left Portsmouth with 500 men on board (of which only 35 survived) to take part in the 3rd French War, and it sank to the bottom of the Solent within sight of King Henry who was watching its departure from Southsea Castle.  It lay there, at an angle of 60ᵒ, until excavations began in 1971.  (Below is an image of cannon balls taken through the glass floor of the ship). 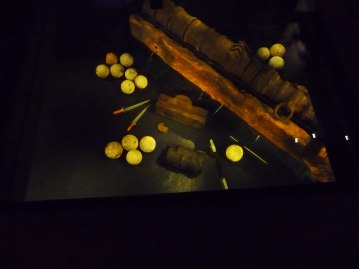 Since it’s recovery, The Mary Rose has been undergoing continuous conservation.  First, the hull was sprayed with a mist of freshly chilled water and then, from 1994 to April 2013 when it entered a stage of controlled drying, with a water-soluble wax.  Thanks to these methods, the hull is now in a stable condition which means that the black drying ducts which provided the necessary conditions for this, can now be removed and visitors can now have a clear and uninterrupted view. 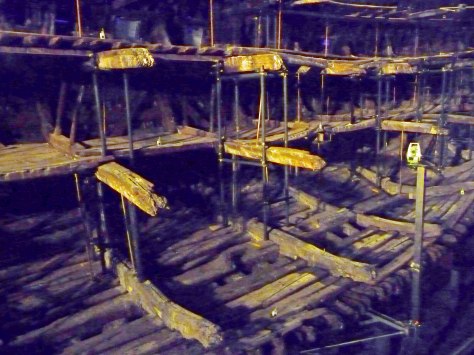 Close up of timbers of The Mary Rose –  Mari Nicholson

To date, 19,000 artefacts have been recovered from the site, including

The new look Mary Rose Museum provides stunning panoramic views of all nine galleries of the ship through floor to ceiling glazing on the lower and main decks, while on the upper deck visitors will enter via an airlock and are then separated from the ship by only a glass balcony.  On the floor are glass panels through which they can view ‘below decks’ which holds cannon balls and work-rooms. 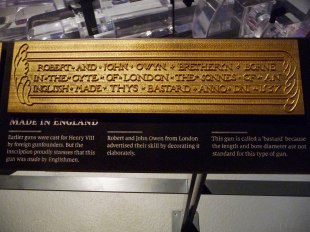 A walk around the Museum gives food for thought as you see how life was lived below decks in the 16th century.  Whole cabins can be seen, the carpenter’s cabin, the surgeon’s cabin, the captain’s cabin, the archers’ quarters and those of the deck-hands, as well as the everyday things that made life bearable for these sailors, dice (for illicit gambling), purses, sewing-kits, belts.  It is a fascinating insight into history, and a couple of hours spent here can impart more knowledge than reading a treatise on naval life in the days of Henry VIII.  The plaque on the gun boasts Made in England because most guns were made in other parts of Europe and imported.

The baker’s oven that is pictured below is the original in every way, right down to the bricks used. 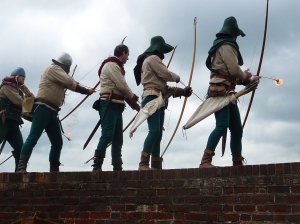 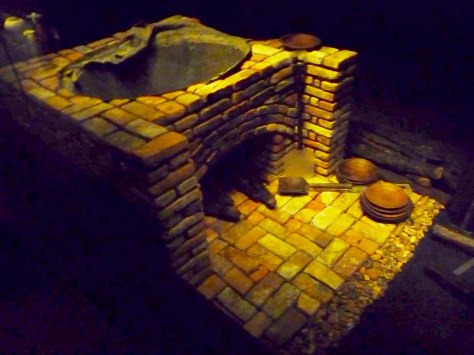