One of the loveliest areas in Dalmatia is the Krka National Park which can be easily reached from either Split or Dubrovnik and all towns in between.  Named after the river of the same name, the Park covers an area of over 142 square km and includes two-thirds of the river itself and it lies about 10km from the pretty town of Sibenik.

Rushing Waters in the Krka Valley

Most people go there to see the magnificent waterfalls, but it deserves a visit for the feeling of peace and tranquility one finds walking through the exceptional wealth of flora and fauna – to date over 1020 plant species and subspecies have been recorded in the park area, including amphibians, reptiles and endemic fish species – listening to the birdsong and relishing the aromas from the pine trees, the wild herbs and the flowers (especially the lavender).  Due to the river’s exceptional importance for the spring and autumn bird migrations. this is also one of Europe’s foremost ornithological areas: 800 different species have been identified. 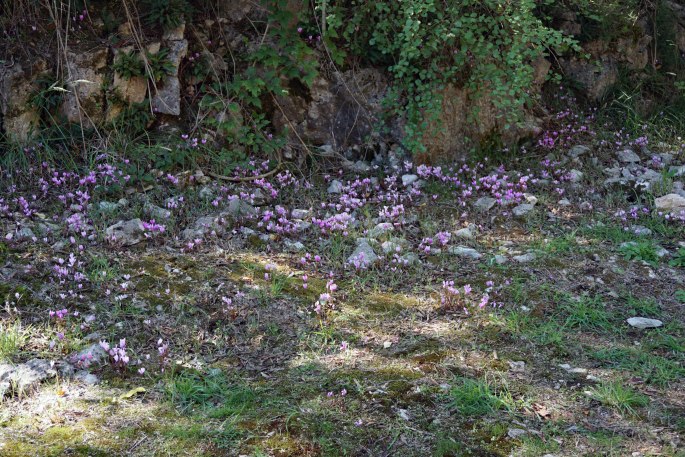 Without doubt however, the top attractions of the Park are the waterfalls, especially the famous Skradinski Buk Falls which are one of Croatia’s most famous sights. This is a collection of 17 waterfalls that range in height from over 45 metres.  The Roski Slap is another famous fall within the park, actually a series of 12 waterfalls in a space of just 450 metres.

Reflections in a Tranquil Pond on the Krka River

There is a boardwalk throughout the park which makes traversing the paths fairly easy and although it may pose a problem for those who find difficulty walking, or need help, there are always people around ready to lend a hand.  There are also railings to help guide those less nimble on their feet.

Fish enjoy the waters of the tranquil ponds in Krka River

There is a well laid out picnic area with seating, and surrounding this area are kiosks selling food and ice-cream, tea and coffee, and souvenirs.  From here you can take a boat excursion which affords an opportunity to relax and ‘listen to the silence’.  Some of the boats include stop-offs which give a chance to wander on footpaths along the water before hopping back on at the next stop.

Best of all though, unlike the Plitvice Lakes National Park, swimming is allowed at Krka River in designated places (under the main falls and by the picnic area).  The stunning vista of the falls and the thunder of the water as it pours down drowns out the excited shouts of adults and children swimming in the lake formed beneath the waterfall and revelling in the unique experience of swimming in such a fantastic spot.

Swimming under the Waterfalls at Krka Valley Waterfalls.

Getting to Krka National Park:

From Split Bus Station take one of the many daily buses to Sibenik (journey time about 1 hour 40 minutes), then from Sibenik  take a bus to Skradin, a town just outside the park.

If you’re travelling from elsewhere in Croatia, likewise make your way to Sibenik first and then travel on to Skradin and Krka National Park.  There are organised excursions to Krka from many towns in Dalmatia, details from a local travel agency.

You can also embark on an organised excursion to Krka from many towns in Dalmatia – enquire at a local travel agency for details.

Fish in the river Krka 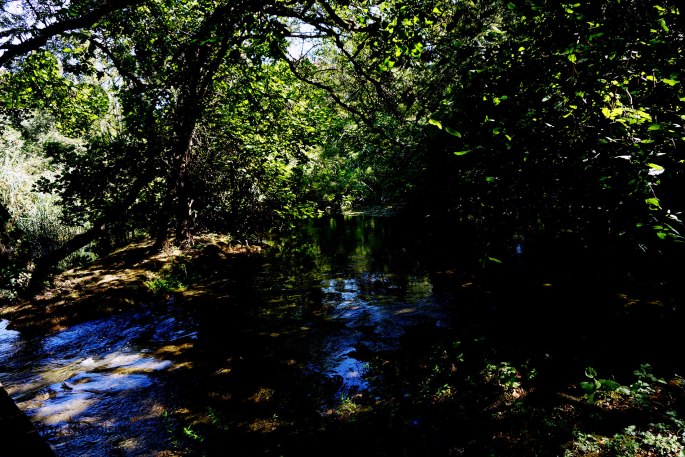